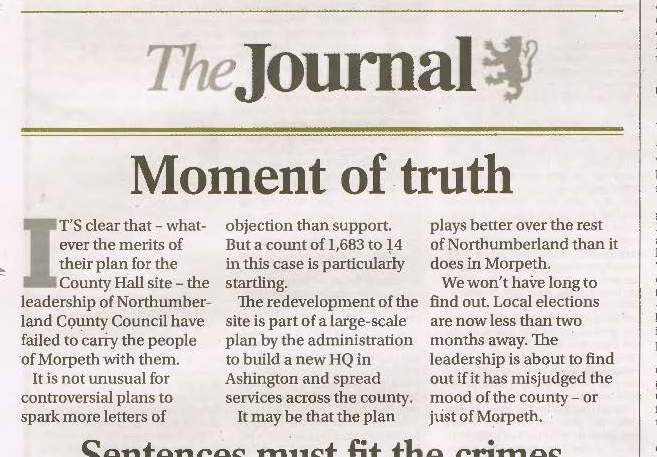 Despite massive opposition from the people of Morpeth the Northumberland County Council planning committee have voted through plans to redevelop the existing county hall site as work starts on a costly new county hall site in Ashington. There have been 1,683 written objections to this and only 14 letters of support. The people in the North of our county are understandably angry that their legitimate concerns are being ignored again. Like their recent decision to withdraw public notices from the Hexham Courant this is another example of the administration’s disdain for voters outside of their Ashington / Blyth heartland.

The Journal editorial makes a good point that the Labour / Independent council are soon to find out if they have misjudged the mood of the voters right across the county when we vote on 4th May.

Conservatives voted against the proposals, all Labour members and Tyne Valley Independent Paul Kelly voted in favour of the redevelopment. The two Liberal members were split.